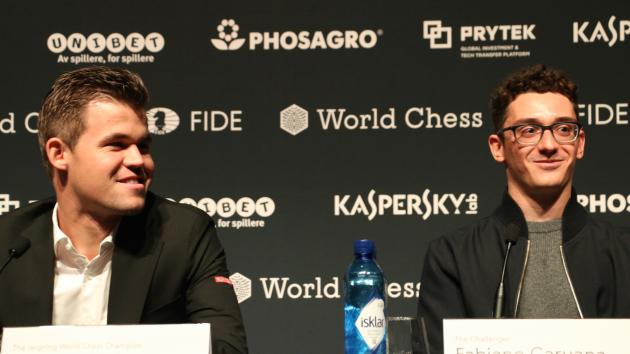 One of the most anticipated world championship matches in recent memory kicked off Thursday at the The College in Holborn, London. For the first time since 1990, and organized by World Chess, the biggest belt in chess will be contested by the world’s top two players.

Not only will Magnus Carlsen and Fabiano Caruana be contesting the world championship in this cavernous, stone building, but if there’s a winner in regulation then that person will also be the number-one rated player. You have to go back five years for the last time Carlsen wasn’t world champion. Add two more years for the last time he wasn’t the highest-rated player.

Round 3 of the Championship continues on Monday after the first two games ended in a draw.